Yu-Gi-Oh! Duel Monsters is a television anime series produced by Nihon Ad Systems and Studio Gallop, based on chapters 60-343 of the Yu-Gi-Oh! manga written by Kazuki Takahashi. It is the second anime adaptation of the manga following the anime produced by Toei Animation, adapting the manga from where that series finished. The series revolves around a card duelist named Yugi Mutou, who faces various opponents in a game known as Duel Monsters. The series originally aired in Japan on TV Tokyo between April 2000 and September 2004, running for 224 episodes. An English-language adaptation by 4Kids Entertainment aired in North America between September 2001 and June 2006 on Kids’ WB under the name Yu-Gi-Oh!, also releasing the series in various countries outside of Japan. Based on the success of the series, 4Kids also commissioned an animated film, Yu-Gi-Oh! The Movie: Pyramid of Light, and a mini-series, Yu-Gi-Oh! Capsule Monsters. The series has spawned three main spin-off anime series; Yu-Gi-Oh! Duel Monsters GX, Yu-Gi-Oh! 5D’s and Yu-Gi-Oh! Zexal. 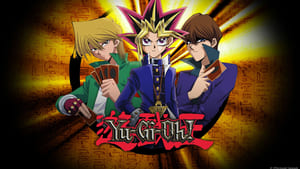 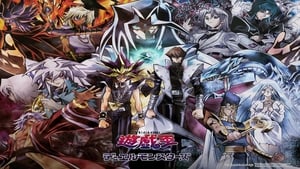