Static Shock is an American animated television series produced by Warner Bros. Animation. It is part of the DC animated universe. It was animated at the Slightly Offbeat Productions Studios in Penrose, Auckland, New Zealand. The New Zealand based Animation Studio originally animated the show reel and then went onto produce the series, which premiered in September 2000 on the Kids’ WB! block and ran for four seasons, with a total of 52 half-hour episodes.

The series centers around the adventures of DC Comics superhero Virgil Ovid Hawkins/Static and is based on the original Milestone Media Static comics. After the show’s initial run on The WB it was later picked up for rebroadcast by Cartoon Network, airing initially during the Miguzi block. Disney XD aired reruns of the series in February 2009 in the United States up until 2010. Currently, Warner Bros. has no plans to release the series on DVD. In 2011, the first season was made available for download on iTunes. 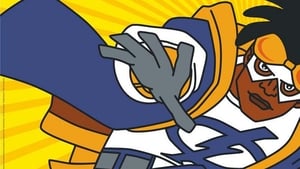